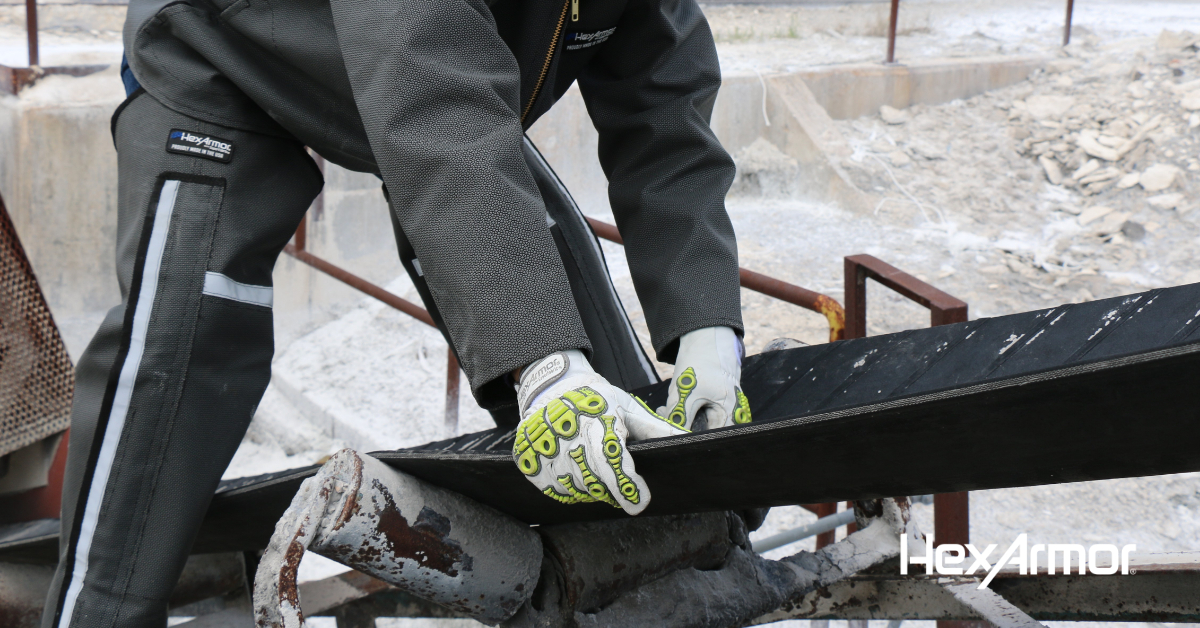 Within the mining and aggregate industry, raw materials are separated into various sizes along conveyor belt systems using different gauge metal and wire screens which can be razor-sharp. These screens need to be changed regularly by hand, which presents a constant danger for maintenance workers.

While performing a routine screen change maintenance, one worker's hand became caught between the exposed wire ends of the new screen and the older screen above it. The worker quickly pulled his hand out from between the screens when he felt the pinch.

After removing his hand from the danger zone, he inspected the gove to find the exterior leather layer of his Chrome Series® 4080 had been cut through by the exposed wires, but the protective layer of SuperFabric® brand material inside the glove was intact and protecting his palm. The tiny guard plates on the fabric inside the palm had deflected the sharp wire.

The worker was able to continue working thanks to HexArmor's Chrome Series® 4080 with SuperFabric®.

Over the past two years after mandating HexArmor® hand PPE with SuperFabric®, the 1,800 employee division has seen an impressive reduction in hand injuries. One of the company's divisions had yielded seven hand injuries in 2015. In 2016, the injuries increased to nine.

After implementing a glove policy in December 2016, the division has reduced its injury numbers to six by the end of 2017. Of the six injuries, two of the injuries occurred doing jobs that didn't require gloves (closing a finger in a door). The other three injuries occurred while employees were actively working and wearing gloves.

Their injuries would have been significantly worse if they had not been wearing their gloves. As a result, plant maintenance personnel feel confident when following protocols during screen media changes.

Having the extra cut and puncture protection of HexArmor® provides added peace of mind that everyone will be safe just in case this situation may happen again.