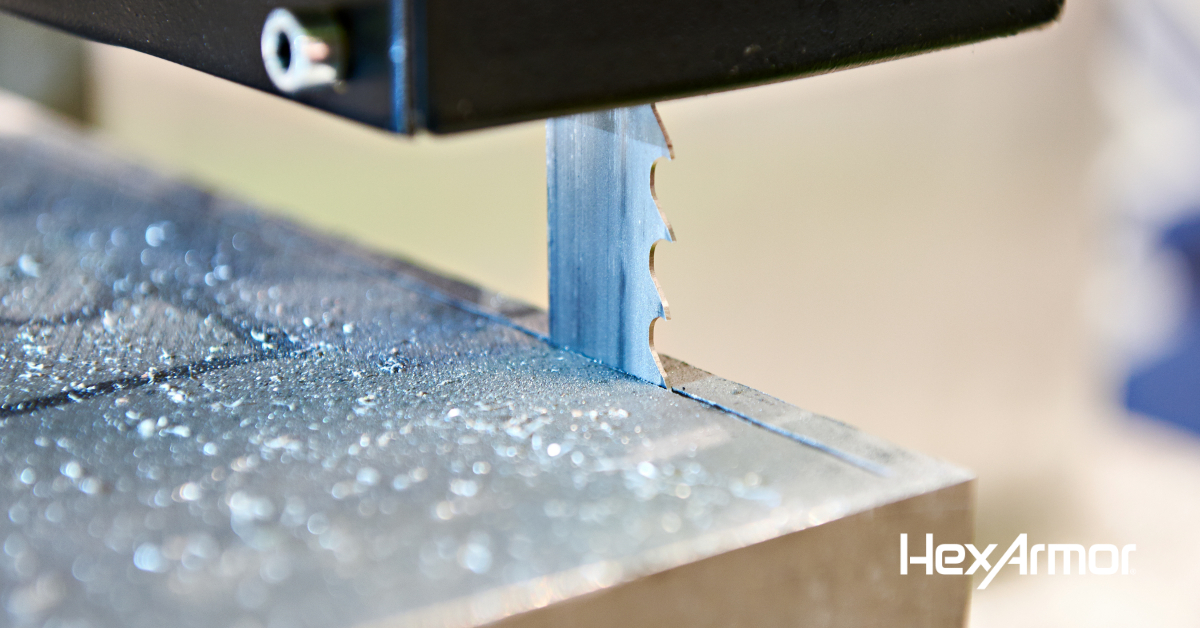 Angle irons are used as concrete forms for the corners of a concrete project. These forms are barriers that hold the concrete in place. Angle irons come in different sizes and have sharp, pointy edges. Concrete projects vary in size, so it’s necessary to cut angle irons down to fit a job. A band saw is used during the cutting process, and it leaves the angle iron edges rigid and razor-like.

A maintenance welder in a large aggregates facility was cutting a 3"x3" piece of angle iron with a band saw. He reached back to grab another piece without thinking and instantly cringed; the careless motion had certainly sliced his hand. The freshly cut edges of angle iron were sharp and could cut through skin like tissue paper.

He was reluctant to see the state of his hand, especially after receiving stitches for a terrible cut injury the year before. He looked at the damage and, while his glove was shredded, he found that his hand didn't have a scratch.

The iron piece had cut through the leather layer in the Chrome Series® 4080 leather work glove but was stopped by the protective SuperFabric®.

He hadn't worn gloves in his accident the year before, which had left his skin fully exposed.

The worker had a good track record, with two incidents (and only one recordable injury) in the past two years. However, after seeing the difference these gloves made, wearing PPE every day doesn't feel like overkill. He plans to keep his hands covered, just in case there is a next time.

HexArmor® Chrome Series® 4080 leather work gloves are built with SuperFabric®* brand material in the palm and fingertips, hidden underneath the outermost layer.

HexArmor® is an exclusive licensee of SuperFabric® brand material, which provides unmatched resistances against cuts, lacerations, and punctures all while providing a superior foundation for maintaining dexterity. If an unexpected hazard meets the glove, the SuperFabric® layer works as a last line of defense to keep the user safe.