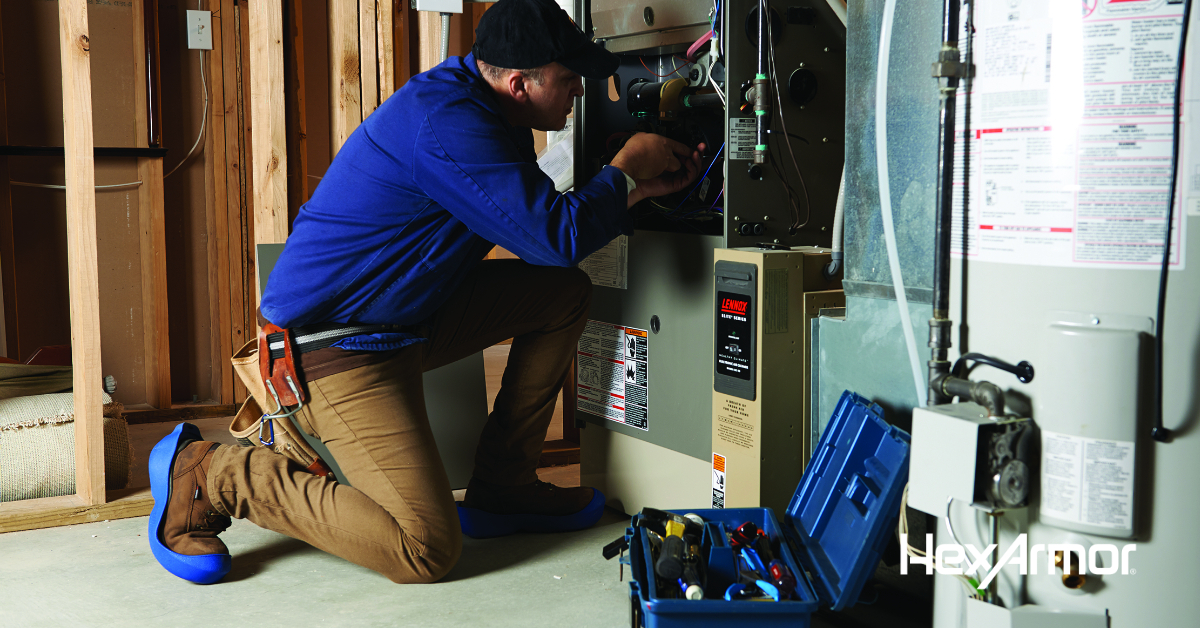 As a field service supervisor for Consumers Energy for over 30 years, Michael Mass has seen it all. Troubleshooting HVAC equipment brings him in and out of his customers' houses constantly, and in Michigan, this means tracking in snow, mud, leaves, and any other debris from outside. He was going through an average of ten pairs of disposable booties each day until he discovered YULEYS®.

He never heard of an alternative to disposable booties until he saw a YULEYS® display, and once he tried them, he was hooked - eventually outfitting his entire crew of 40 people with them.

There were no challenges in getting his crew to try something new. After a brief introduction to the product, the team began wearing YULEYS® for home visits and the benefits were immediate.

According to Michael, “we’ve had guys wear the disposable booties into houses before and get a carpet muddy, which turned into a $350-600 cleaning bill depending on where the tech walked and the damage to the carpet.”

That’s a thing of the past. YULEYS® keeps the outside at the doorstep and the inside in the same condition as it was before the field techs arrived.

YULEYS® has improved the comfort and safety of Michael’s team, as well. “My guys told me that they forget they are wearing them because they are so comfortable that it’s like wearing a pair of boots.”

The slip-reducing tread helps provide a sure-footed grip compared to the slippery material booties put between the feet and the ground.

The results, crew, and customers speak for themselves

By the end of 2014, Consumers Energy is working toward stocking YULEYS® for all employees making home visits, and each pair will be a stock-coded item that can be ordered through Consumers Energy.

“They are not only safer and cleaner but also incredibly affordable and durable, it’s a no-brainer,” said Michael. “I love being able to slip in-and-out of them without having to bend over or even use my hands. I don’t know of anything else out there like it.”

He has also heard nothing but positive comments from his team, and most importantly, his customers.

“I think customers notice when you take an extra step in protecting their home and their environment, and it reflects positively back on the company. I’m looking forward to the day when YULEYS® are the standard and disposable booties get disposed of for good.”

Learn more about YULEYS® by HexArmor®