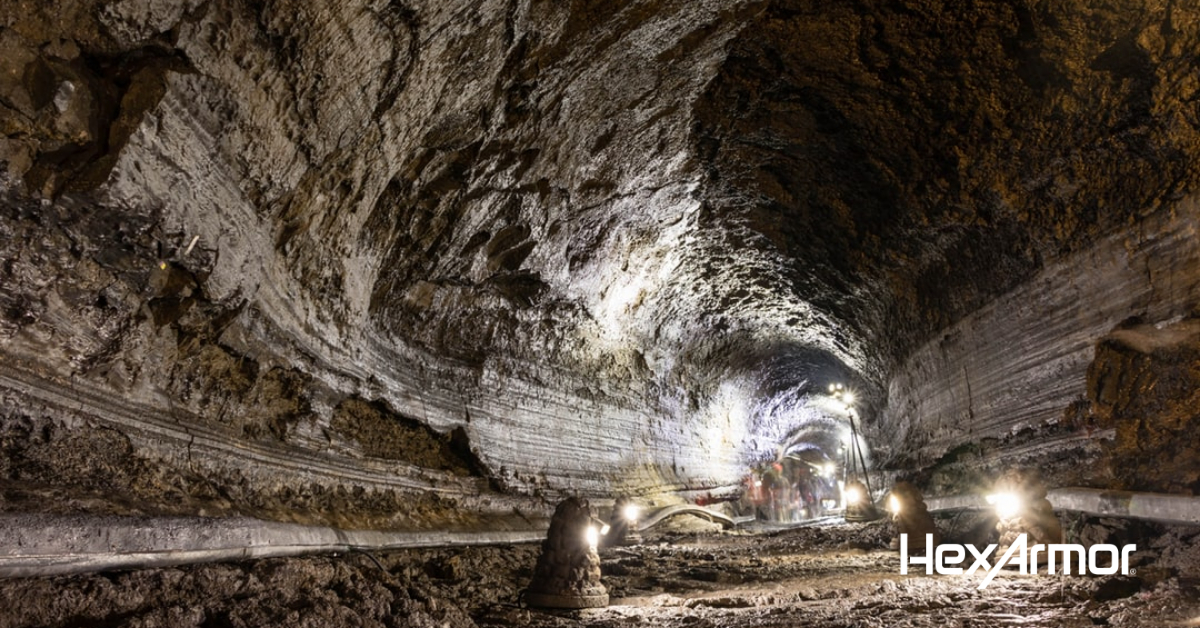 A prominent mining company in Nye, Montana has taken on the challenge of making hand safety a priority. Like many other mining operations in North America, the mining company has for most of its mining history, outfitted its miners with traditional cotton and leather gloves.

Though operationally effective, cotton dotted gloves and leather gloves are beginning to give way to new safety technologies. The Montana-based mining company has employed these new technologies in a focused effort to keep employees from debilitating injuries.

A particularly severe hand injury in 2010 changed the life of one MT miner but offered HexArmor® the opportunity to bring hope to future situations.

After this miner, one of the more experienced in the company, suffered a crushed hand while performing routine jacklegging duties, it became evident that the hand and arm PPE widely accepted in this industry was insufficient to protect employees from hazards they faced. As a result, the mining company he was employed with set out to find equipment that would prevent future injuries from occurring.

Jacklegging: One of many hazardous mining tasks

Jacklegging is a common procedure in underground mining operations, and while its primary purpose is for the safety of the miners, it is both difficult and dangerous if not performed properly.

Jacklegging is the process by which miners will secure underground tunnels. It is performed by drilling into the tunnel wall, then securing galvanized steel plating onto the surface of the wall. The result is a more stable underground tunnel, keeping its occupants safer.

While performing this operation in 2010 the veteran miner from Nye, MT was forced to clear away debris and rubble before continuing to drill. While doing this, a boulder estimated at 25 pounds fell a distance of 10 feet onto his hand.

The miner was hospitalized for several days, was away from work for 8 months, and spent over a year rehabilitating his hand.

After analyzing the hazards present at the mining site where the incident occurred, a Regional Manager from HexArmor® began outfitting employees with specific glove technologies to address the issues that they faced daily.

In November of 2012, a miner was jacklegging at the Nye, Montana site when he encountered the same potential hazard that had put a coworker out of work in 2010.

While clearing away debris and rubble, a rock was jarred loose and fell through an opening in the steel mesh directly onto the miner’s hand. The velocity of the fall and the razor-sharp edge of the rock was enough to split the IR-X® Impact Exoskeleton™ that was covering the back of the miner’s gloved hand.

Due to the resilient nature of the IR-X® material, the miner was untouched, and the incident was not even classified for first aid treatment.

HexArmor® manufacturers purpose-built PPE, distinctively modeled for specific hazards and applications. The HexArmor® Regional Manager was called in to assess the dangers of the many ways proper hand and arm PPE can keep employees safe, even in the presence of worksite dangers.

For this reason, the mining company in Nye, MT where the incident occurred, and HexArmor® have formed a lasting partnership.

Rather than selling cotton or leather gloves to all members of a mining team, HexArmor® has taken care to outfit each member of the team with the specialized protection that they need to perform their duties at the highest possible level.