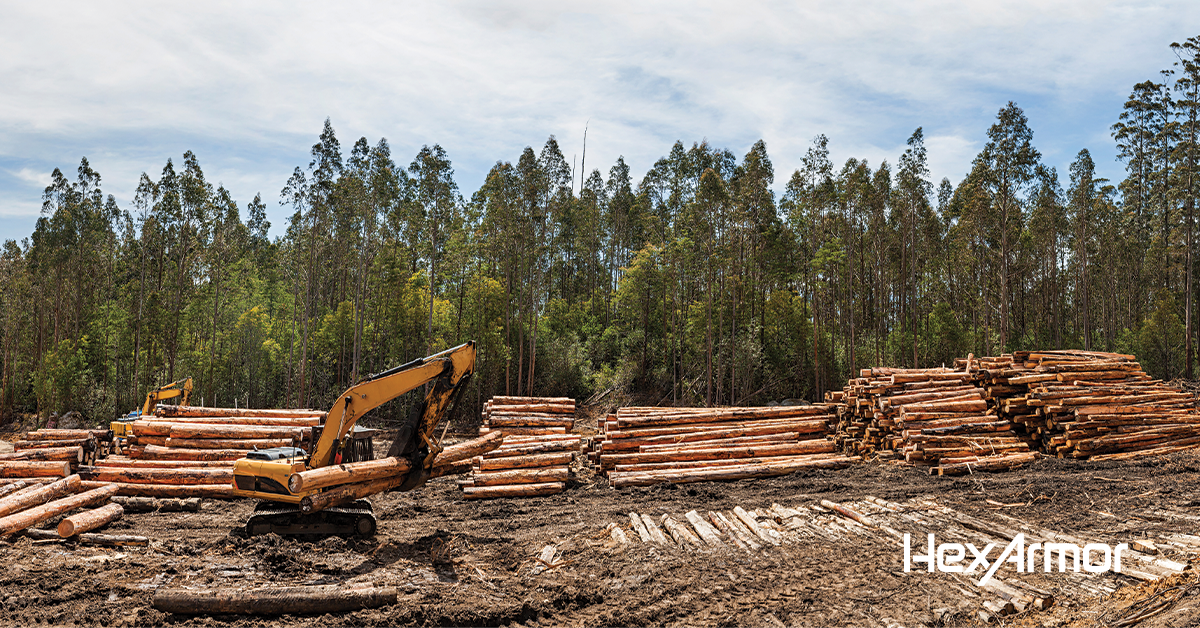 Lumber manufacturing can be extremely hazardous work, and companies like West Fraser are committed to keeping workers safe, healthy, and productive. The constant presence of cut and puncture hazards makes it critical that safety teams constantly evaluate application-based hazards and investigate PPE that reduces the likelihood of injury on the job.

When choosing PPE for these production workers, safety professionals have a critical decision to make, as many existing products such as leather and Kevlar® do not have the ability to protect from sliver punctures or cutting tools.

An injury prompts scrutiny of PPE being used

The incident occurred while a worker was working with a razor-sharp blade with three to four pounds of pressure when his hand got in the blade’s path. The worker was wearing an ANSI/ISEA cut level A6, and his hand ended up with a laceration needing four stitches.

After learning this, the safety manager, Bruce, reached out to several glove manufacturers, including HexArmor® and Magid, to request samples of a higher cut level glove for his crew.

Once Bruce received a few pairs of ANSI/ISEA cut level A9 rated gloves, he performed an impromptu cut test to compare brands.

Using the Magid glove first, he filled it with fruit and vegetables to act as a replica of a hand before cutting the glove with a blade. The test resulted in “the blade cutting right through.” He immediately tried the same fruit and cut test with the HexArmor® glove and said, “the blade barely left a mark on the glove.”

Though we do not recommend testing products in this manner, this test solidified that HexArmor® would get him the best safety solution.

An exemplary trial with HexArmor®

After speaking further with his HexArmor® Regional Sales Manager, Ryan, Bruce and his team started a trial with the glove that was sampled – the Rig Lizard® Thin Lizzie™ 2098 with Core9™ technology. The 2098 delivers industry-leading 360-degree ANSI/ISEA level A9 cut protection and back-of-hand impact protection.

He immediately tried the same fruit and cut test with the HexArmor® glove and said, “the blade barely left a mark on the glove”.

This initial glove success was confirmed when an incident occurred during the trial. A worker was tightening a bolt with 10-11 pounds of pressure when the tool slipped and caught his gloved hand. Fortunately for the worker, the 2098’s protection held up and his fingers were saved from a potentially life-changing laceration.

After the trial, Bruce’s experience with HexArmor® was “extremely positive,” saying that the HexArmor® gloves are “hands down the best. My employees love them because of their dexterity and cut [protection], better than any other glove they’ve tried.”

Due to the success of the 2098, West Fraser started trialing several HexArmor® arm sleeves to better protect workers in all areas of the mill.