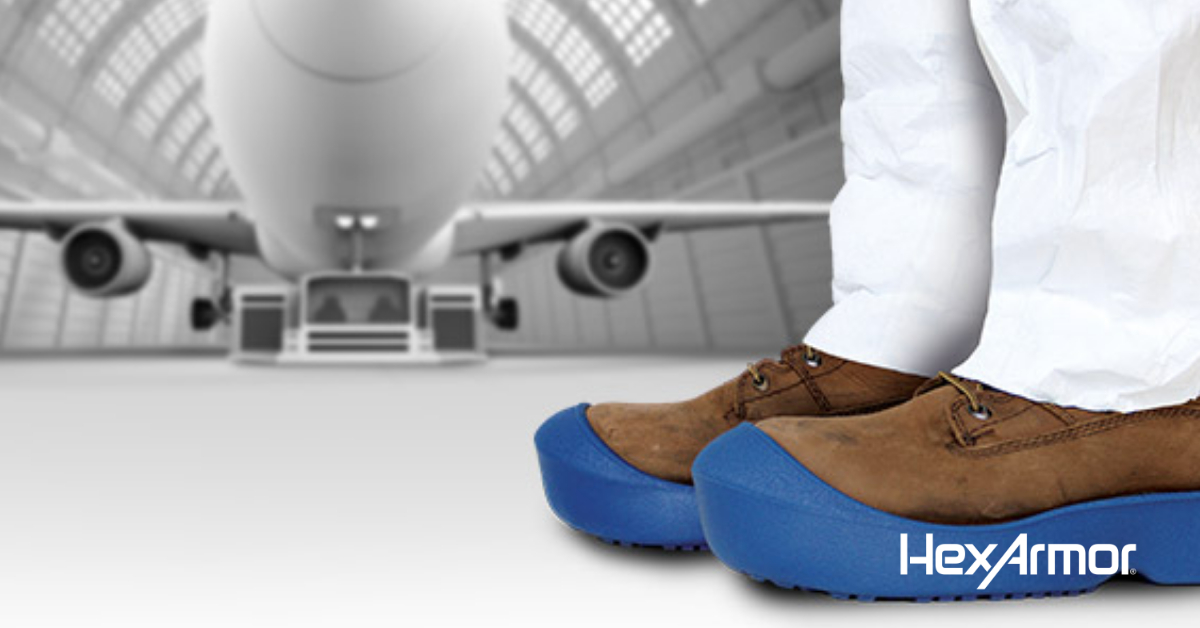 Workers in aerospace engineering fields need to walk on the aircraft to perform their tasks. This poses a potential risk for damage to the aircraft due to the presence of harmful foreign object debris (FOD). A leading defense industry designer and manufacturer turned to the YULEYS® Clean Step System to protect the plan from FOD and potential scratches.

There's no such thing as clean enough in aerospace

Sophisticated aircraft must be kept in pristine condition, especially the wings. During the assembly process, a think film is applied to the surface of the aircraft to keep it flawless throughout the process. This is designed to prevent scratches or other damage to the wing surface, which helps avoid extremely costly repairs. However, this film, or skin, can be easily damaged by footwear or FOD, and if one scratch cuts through and damages the wing surface, the entire skin must be reapplied.

One leading aerospace engineering company experienced firsthand the cost of reapplying the skin once damage occurs.

A worker wearing disposable booties over work boots was walking on the wing of an aircraft when a stone stuck in the tread cut through the bootie and the skin, and into the actual wing surface.

The cost of repairs, including the associated time lost, from the single accident, was reason enough for the company to reconsider the use of disposable booties and led them to a trial of YULEYS® reusable boot covers.

HexArmor® worked directly with the company to implement a YULEYS® Clean Step Program on a single aircraft assembly. This proved to be successful and was soon expanded into other assembly areas. Following these trials, the company approved the site switch to YULEYS® as the only shoe cover their workers could use.

This company trusts YULEYS® reusable work boots so much that they are now experimenting with removing the protective skin altogether.

This could translate into a significant reduction in the total assembly time for each aircraft. They now hope to speed up the total manufacturing turnaround time for an aircraft, which would deliver significant cost savings.

Want to see how HexArmor® can help you keep your work environment clean and maximize employee compliance? Request a trial today.

Learn more about YULEYS® by HexArmor®