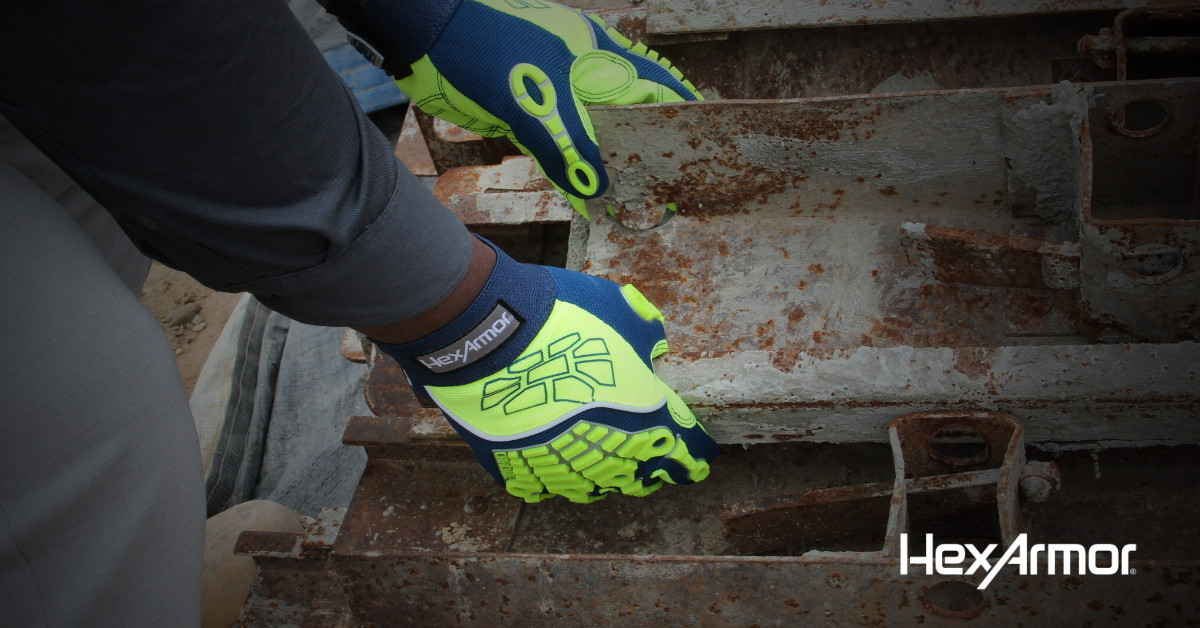 Choosing the right glove can be confusing. Standards, test methods, fabrics, ratings… the world of hand safety can be tough to navigate. To help, we’ve compiled the top three things you need to know when you’re thinking about purchasing cut-resistant PPE gloves.

The two main governing bodies for hand safety standards are the United States and Europe. The U.S. standard for PPE mechanical performance testing is called the ANSI/ISEA 105 standard, which includes cut resistance testing (as well as abrasion, puncture, and needlestick). ANSI/ISEA 105 was designed by a committee of manufacturers and suppliers of safety equipment to find a measurement that manufacturers and end-users could use to determine a standard. It’s not a requirement to have gloves tested to this standard in the US.

The European Union uses the EN 388 standard to test mechanical properties like cut resistance (as well as abrasion, tear, puncture, and impact). After testing, a CE (Conformité Européenne) certification is granted to verify a product has properly been tested and reported. Safety gloves must have a CE certification in order to be sold into the European Union, and because of this requirement, many manufacturers in North America will seek CE compliance, as well as other parts of the world.

The ANSI/ISEA 105-2016 standard established the ASTM F2992-15 test for measuring cut resistance in 2016, which uses a Tomodynamometer (TDM-100) machine to test the amount of weight necessary for a blade to achieve cut-through of PPE material. Here’s how the test works:

The EN 388 references two different test methods: The Coup Test and the ISO 13997 test. The Coup Test determines a material’s cut resistance rating through the counts of rotations needed for a circular blade, moving laterally, to cut through the material. The score is based on the ratio of rotations it takes to cut through the sample vs the control sample. This test is not recommended for materials with high levels of cut resistance, because it can dull the blade, resulting in inaccurate testing.

Instead, the ISO 13997 is used to measure high cut resistance with the TDM-100 machine, which is similar to the earlier referenced ASTM F2992-15 test but has slightly different testing requirements.

The ANSI/ISEA 105-2016 standard reports the TDM-100 test method results in grams on an A1-A9 scale (200-6000 grams, or 2-60 Newtons). The very granular rating system allows end-users to precisely identify a level of cut resistance that meets a specific need.

The EN 388 references two tests, so there are two possible scores depending on results. The Coup Test cut level index ranges from level 1-5 based on the ratio of rotations it takes to cut through the sample vs the control sample. The TDM-100 Test results are measured in Newtons and reported in levels A-F (2-30 Newtons, or 200-3000 grams), helping end-users to precisely identify higher cut-resistant materials.

To compare, the A1-A9 scale is similar to the EN 388 A-F levels which reports up to 30 Newtons or 3000 grams, but ANSI/ISEA extends their scale by three levels to 60 Newtons or 6000 grams to report high cut materials more accurately.

The most important take away is that CE and ANSI/ISEA cut levels have different reporting methods and requirements, which is especially important to be aware of when purchasing PPE. If you are uncertain about a cut rating, reach out to the manufacturer and ask which cut testing method was used and the cut resistance rating. 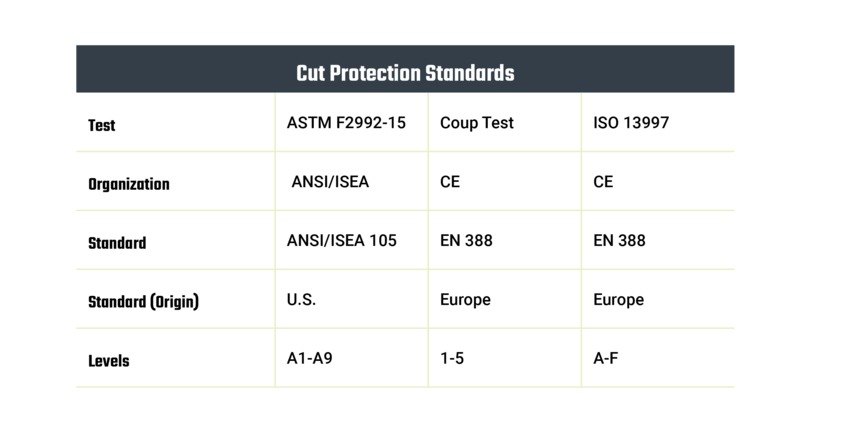 Understanding the basics of cut resistance ratings and methods may not have a direct impact on the safety at your worksite, but it can help you choose PPE that will. Educating not only yourself but your employees on safety standards is a vital part of taking worksites one step closer to zero injuries.