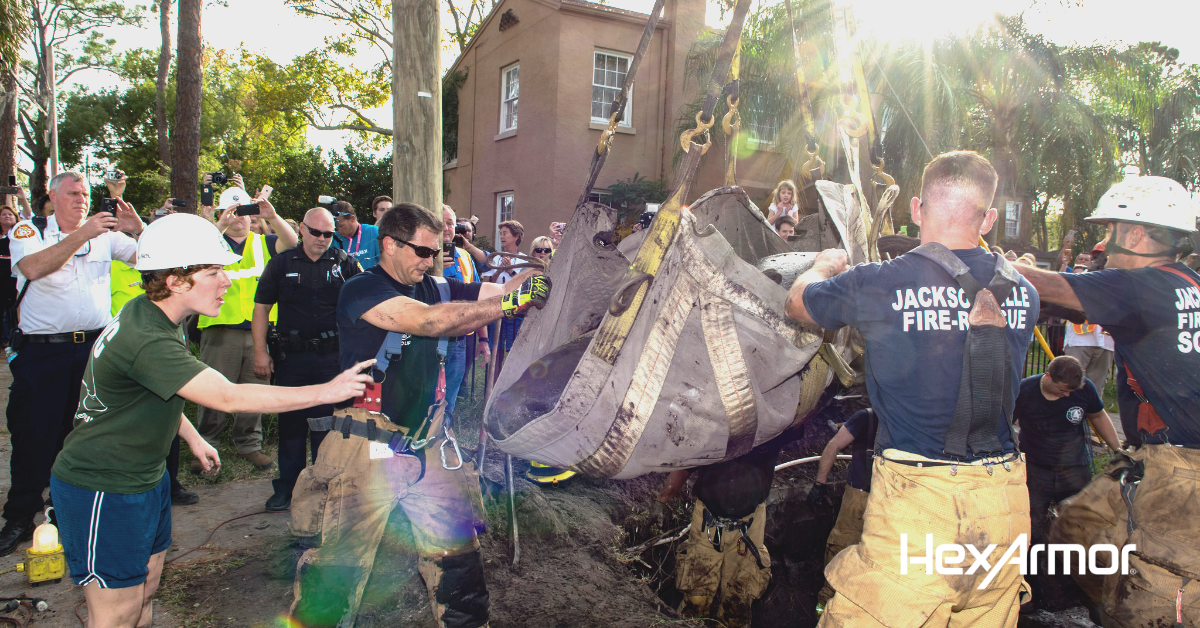 Jacksonville Fire and Rescue received an unusual call from the Florida Fish and Wildlife Conservation the morning of November 30. A 900-pound, 9-foot manatee was stuck in a 36-inch drainage pipe in a neighborhood storm drain. Rescuers, many of who were wearing the EXT Rescue® 4012, quickly began digging a trench to get to the pipe.

Coming to the rescue

The manatee was first spotted through a storm drain grate by a street crew worker. She immediately contacted the Florida Fish and Wildlife Conservation. Soon after, Wildlife officials called firefighters who brought in their technical rescue team and a veterinarian from the Jacksonville Zoo. Officials assumed the manatee swam into the pipe on its own, but because of its size, it couldn’t turn around to get out.

Wildlife officials were unsure of how long the animal had been stuck. Their main concern was that the manatee would experience cold stress syndrome, which occurs when they’re exposed to water temperatures below 68 degrees. Once that happens, their digestive system starts to shut down. For this reason, the technical crew knew they were racing against the clock to get the animal out unharmed and alive.

Rescuers, many who were wearing the EXT Rescue® 4012, quickly began digging a trench to get to the pipe. Once they hit the cement pipe, they went to work cutting through it while trying to keep the manatee out of harm’s way.

After five strenuous hours, the large mammal was lifted out of the pipe and taken to Orlando’s SeaWorld for treatment and rehabilitation. Wildlife officials were confident the manatee would make a full recovery and be released back into the wild.

Lieutenant Jason Jones of the Jacksonville Fire Department expressed that while this was one of the most unusual rescue jobs he’s put his PPE through, his HexArmor® EXT Rescue 4012 gloves “held up very well.”

The HexArmor® EXT Rescue® 4012 is built with an interior layer of SuperFabric® brand material, providing industry-leading cut resistance. The advanced back-of-hand impact protection dissipates forceful blows to the hand over a large area.

“In all our field tests performed, HexArmor rated significantly higher than any other glove, according to the evaluation forms,” said Lt. Jones of the Jacksonville Fire Department’s trial with HexArmor® gloves. “My recommendation will be that we should issue HexArmor gloves to all ladder companies, squads, and heavy engine companies.”