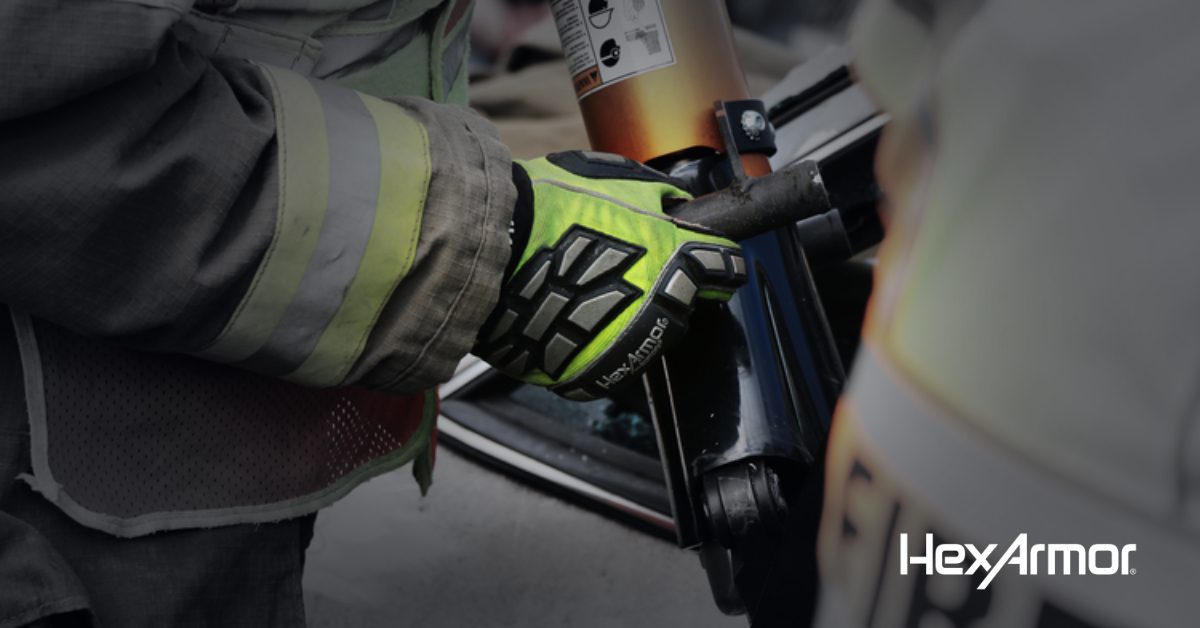 A crew member from Pinewood Fire and Rescue avoided a serious auto extrication injury while performing a roof flap method using hydraulic cutters. Though the incident could have resulted in serious harm, the rescue crew member attributes this save to his EXT Rescue® 4011 extrication gloves.

A rescue crew from Pinewood Fire and Rescue responded to a call for a woman who was trapped in her car, which had rolled onto its side. Upon arrival, the crew assessed the situation and realized the roof needed to be flapped down before the woman could be removed from the vehicle.

To do this they added struts to designated areas surrounding the vehicle to help stabilize it. Once the struts were in place, the crew started cutting away at the marked posts in order to free the woman.

One crew member was using Hurst Hydraulic Cutters. He began the roof flapping process by cutting the A post, and from there moved to the B post. As he was cutting the B post, he noticed the handle of the cutter was getting close to a window divider, so he released the throttle ring on the cutter to create space.

Instead of providing more space, the cutters trapped his hand against the vehicle. He pulled his hand away from the vehicle as hard as he could, and to his surprise, his whole hand had been saved, and only part of the glove was left behind.

The crew member attributes this save to his HexArmor® gloves saying, “I was lucky to be wearing a pair of quality extrication gloves with finger padding. I left a piece of the glove and only suffered some nerve damage.”

He could have lost his finger, but because of the strength of his gloves, and his quick thinking, he went home in one piece.

In situations like the above incident, it is important to remember where your tools are throughout the extrication process and to take the time to reposition them as needed.

Equipped with the most protective impact-resistance system in the industry and a durable high-grip palm, the EXT Rescue® series outworks every other protective glove available and outlasts the roughest and toughest operations.

The EXT Rescue® 4011, highlighted in this case study, provides the highest level of impact protection with our IRX® technology. And with a cut-resistant ANSI/ISEA level A8 SuperFabric® brand material palm, it offers the needed levels of protection from common extrication cut hazards, like jagged vehicle pieces and tools.

The EXT Rescue® 4012 has the highest level of dexterity and movement in our extrication series, without sacrificing high impact, cut, and abrasion resistance. And all of our gloves feature a hi-vis back-of-hand, so they are ready for any call to action.

The EXT Rescue® 4013 has a SlipFit® cuff for a quick on and off between tasks. The cuff also tightens at the writs to keep debris out. All of our EXT Rescue® gloves were built with the needs of fire and rescue professionals in mind.

The EXT Rescue® 4014 takes the cut and impact protection found in the 4012 and combines it with an H2X® barrier for bloodborne pathogen resistance.